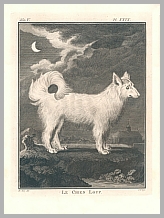 NESTOR (c. 1056-c. 1114), the reputed author of the earliest Russian chronicle, was a monk of the Pecherskiy cloister of Kiev from 1073.
The only other fact of his life is that he was commissioned with two other monks to find the relics of St Theodosius, a mission which he succeeded in fulfilling.

The chronicle begins with the deluge, as those of most chroniclers of the time did. The compiler appears to have been acquainted with the Byzantine historians; he makes use especially of John Malalas and George Hamartolus. He also had in all probability other Slavonic chronicles to compile from, which are now lost. Many legends are mixed up with Nestor's Chronicle; the style is occasionally so poetical that perhaps he incorporated bttini which are now lost. The early part is rich in these stories, among which are the arrival of the three Varangian brothers, the founding of Kiev, the murder of Askold and Dir, the death of Oleg, who was killed by a serpent concealed in the skeleton of his horse, and the vengeance taken by Olga, the wife of Igor, on the Drevlians, who had murdered her husband. The account of the labours of Cyril and Methodius among the Slavs is also very interesting, and to Nestor we owe the tale of the summary way in which Vladimir suppressed the worship of Perun and other idols at Kiev.

As an eyewitness he could only describe the reigns of Vsevolod and Sviatopolk (1078-1112), but he gathered many interesting details from the lips of old men, two of whom were Giurata Rogovich of Novgorod, who gave him information concerning the north of Russia, Petchora, and other places, and Jan, a man ninety years of age, who died in 1106, and was son of Vishata the voivode of Yaroslavl and grandson of Ostromir the Posadnik, for whom the Codex was written. Many of the ethnological details given by Nestor of the various races of the Slavs are of the highest value.

The latest theory about Nestor is that the Chronicle is a patchwork of many fragments of chronicles, and that the name of Nestor was attached to it because he wrote the greater part or perhaps because he put the fragments together. The name of a certain Sylvester, an Igumen, is affixed to several of the manuscripts as the author.

The Chronicle has come down to us in several manuscripts, but unfortunately no contemporary ones, the oldest being the so-called Lavrientski of the I4th century (1377). It was named after the monk Lavrentii, who copied it out for Dimttri Constantinovich, the prince of Souzdal.
(Internetsource: The 1911 Encyclopedia)